While we do many weddings during the spring to fall season here in Gatlinburg, some couples prefer more of a winter wonderland backdrop on their wedding day. In this article, we are going to review all of the cold season options for saying “I do” as well as take a look at our Gatlinburg, TN winter elopement packages.

Eloping to Gatlinburg, TN in Winter

Elope to Gatlinburg does provide elopements during the winter. While our peak season, for both weddings and all-around town visitation, is spring to fall, more and more couples are opting for a wintertime elopement. The reasons are often varied, ranging from wanting to visit when the city is not crowded to wanting a snow-filled photography backdrop.

Regardless of the reason you have, Elope to Gatlinburg does operate year-round and would love to be chosen as the provider for your Gatlinburg, TN winter elopement. 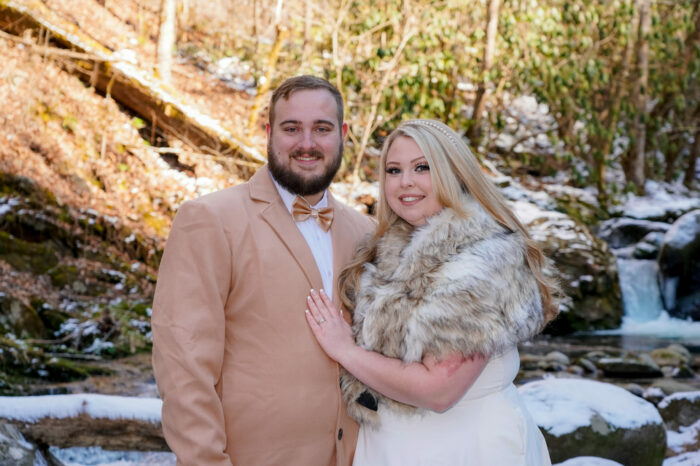 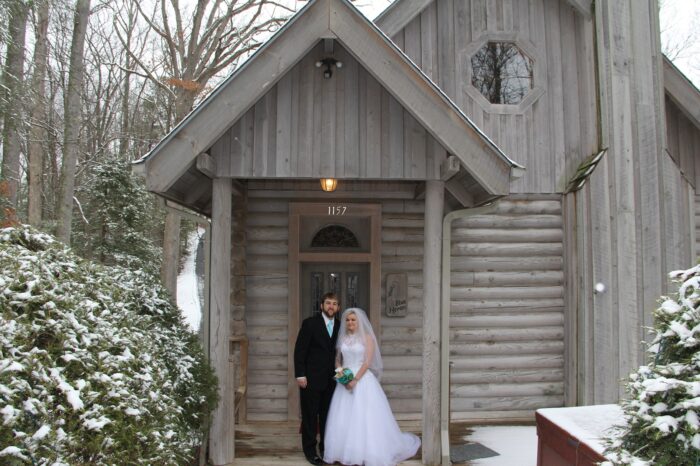 Does it snow in Gatlinburg, TN?

There is a big misconception that Gatlinburg is covered in snow all winter long. While it varies year-to-year, Gatlinburg itself honestly doesn’t see too much snow in the city area over the course of a winter.

More often than not, snow is found in the higher elevation areas inside of the Great Smoky Mountain National Park. Since Gatlinburg only sits at about 1200 feet above sea level, it rarely sees more than an inch of snow a couple of times during a normal winter. If you are willing to drive into the higher elevations inside of the National Park (given the roads are not shut down, which often happens over winter), you will be able to most likely see at least some amount of snow on your trip, even if it is not in the backdrop of your wedding photos.

As a Gatlinburg native, thinking there will be snow just because you choose a wedding date during winter is an unrealistic expectation. More often than not, our snowy weddings were never planned for and it just happened to be the right place/right time kind of thing.

Some of our winters can be quite warm and others are cold but dry. It really varies each year. We would never recommend planning for a snow-filled wedding as that will most likely end up in disappointment. However, if you are wanting a winter elopement in Gatlinburg to avoid the crowds, the wintertime is your best option for that. 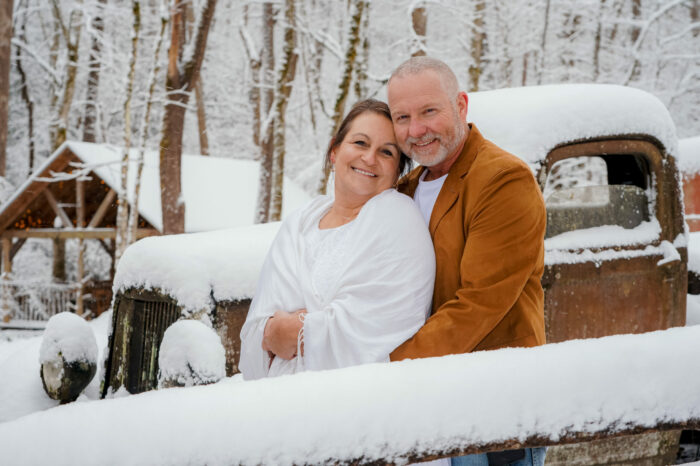 What location would you recommend for a Gatlinburg winter elopement?

All of our locations are beautiful during the winter season. Some (inside of the National Park) may be unavailable during that time. We always recommend our cabin weddings during the winter, though. This allows you the option of having the ceremony inside by the crackling fireplace or having it outdoors on the balcony. In the event it snows, we have 4×4 and snow chains and will have no problem getting to your location, regardless of how high it is up the mountain.

Elope to Gatlinburg offers many different Gatlinburg winter wedding packages. If you are interested in a winter elopement in Gatlinburg, TN don’t hesitate to contact us and we’ll be glad to assist you.

The Best Places to Elope in Gatlinburg, Tennessee
October 10, 2021

3 Reasons a Mynatt Park Wedding is a Great Location for a Gatlinburg Elopement
February 18, 2019
Go to Top