In Sevier County, which includes the cities of Gatlinburg, Pigeon Forge, and Sevierville, there are literally thousands upon thousands of cabin rentals to choose from. What are the best Gatlinburg cabin rentals? Well, this page will help you with that!

When visiting the Smoky Mountains, many of our visitors begin their search by looking for Gatlinburg cabin rentals.

Since we also provide Gatlinburg cabin weddings, we often get questions from couples such as:

– Where can I find cheap Gatlinburg cabin rentals?

– Should I rent a cabin in Gatlinburg, Pigeon Forge, or Sevierville?

– What cabin should I pick for my Smoky Mountain wedding?

– Should I get a Smoky Mountain cabin rental from a company or a private owner?

– What amenities will I need?

In this informative article, we will discuss the answers to these questions to help you in your Smoky Mountain vacation planning. 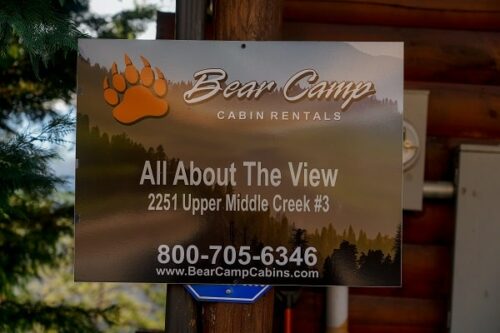 We know how expensive cabin rentals in Gatlinburg and the surrounding area can be. It is expected that many visitors will be ill-prepared for the true costs of renting a cabin here. Generally, with Gatlinburg cabin rentals, your additional fees will be much higher than a hotel stay. With hotels, you normally just have sales tax. There’s no escaping lodging taxes.

However, many rental companies and rental sites will tack on additional fees such as: cleaning fees, supply fees, booking fees, and other service fees. Once all of these additional fees are tacked on to your reservation, the per-night price can seem quite deceptive.

Since “cheap” is a very subjective word, we can’t necessarily say if there are any cheap Gatlinburg cabin rentals in this area. Over the years, we have seem some quite high rental prices that tread the waters of the costs of staying in a more exotic destination. If lodging costs are a major factor for you, you’ll just need to go through a few of the various rental sites and see what you come up with for your total price.

However, if you are on a strict budget, you may want to consider staying in a hotel instead. Or, visit Gatlinburg during the off-season. Our season here runs from about the middle of March to about the middle of November. Though, we do still get crowds (along with higher lodging costs) over Thanksgiving, Christmas, and New Year’s. But, outside of those times, winter is still the cheapest point of the year . 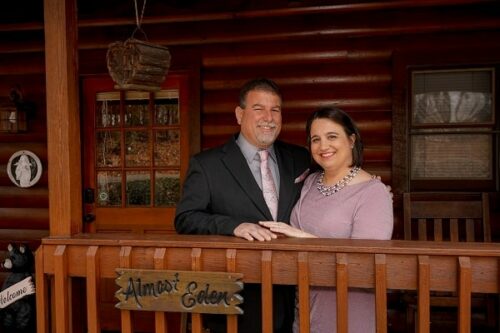 As we explained earlier, Gatlinburg, Pigeon Forge, and Sevierville are all located in Sevier County. Sevier County is quite large. With the heavy traffic congestion that we receive throughout much of the year, along with our slower speed limit mountain roads, getting somewhere quick around here is quite rare.

Just because something is ten miles away doesn’t mean you should plan on it taking the same amount of time as ten miles back home does. With all of that said, let’s look at the various cabin rental locations.

As far as major attractions in Gatlinburg are concerned, a few of those are: Ober Gatlinburg, Anakeesta, the Roaring Fork Motor Nature Trail, and of course, the infamous Gatlinburg Parkway.

Major attractions in Pigeon Forge include Dollywood, Dolly’s Stampede, and more go-kart race tracks than you can count. While the main road in Pigeon Forge is still called the “Parkway”, it’s not walkable in the same style as Gatlinburg’s is. Staying in Pigeon Forge is a good choice if your wedding is at Foothills Parkway.

When a cabin lists the address as Sevierville, that alone doesn’t tell you too much. You could be close to Gatlinburg and Pigeon Forge, but you could also be very far out and near the interstate. You’d want to get the exact cabin address and double check it on a map. Or, thoroughly read the description of the cabin rental listing to ensure it isn’t too far away.

There is no best place to say. It all comes down to personal preference. The cities are so close together that despite the heavy traffic in this area, you will still visit all of them while on your vacation or honeymoon. If were to pick one, it would of course be Gatlinburg. After all, we live in Gatlinburg! 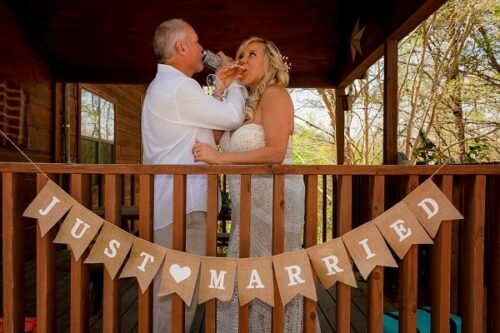 For our cabin weddings, we come out to any cabin in Gatlinburg, Pigeon Forge, or Sevierville. However, there are a few things you will want to account for if having a wedding at your cabin. While searching for the perfect lodging option for you, here are a couple of questions to ask yourself:

– Is there enough parking for all of my guests, officiant, and photographer? (Many cabins here (even the large ones) have limited parking space.

– Is there a beautiful spot for my ceremony? If having guests, is there enough space for them and a photographer? Keep things in mind such as balcony depth that will affect photographer access, harsh sunlight, glass reflections (with flash photography), etc.

When it comes to Gatlinburg cabin rentals, there are a couple of differences between renting from a rental company and a private owner. Though, there are many similarities.

Pros of Renting from a Private Owner

– May be more likely to allow early check-in

– May have less additional fees

Pros of Renting from a Gatlinburg Cabin Company

– May include freebies with your stay (Free dinner show tickets, etc.)

Of course, the pros and cons of each are really dependent on the individual owners or companies who manage the cabins. Over the years, we have personally seen many cabins in this area. Some are definitely better than others.

Even with the likes of AirBNB, VRBO, etc., you still don’t know if you are booking with a private owner by utilizing one of those routes. Many cabin rental companies in the area post all of their listings on sites like these. While it can be deceiving, it is a widespread issue. Just because a cabin rental is listed on one of these sites does not mean it’s taken care of by the private owner or mom-and-pop operated.

Gatlinburg cabin rentals are generally quite full of amenities. For example, most every cabin comes with a stocked kitchen of plates, silverware, cups, etc. Many also provide a starter supply of paper towels, toilet paper, spices (salt and pepper) etc. Of course, these are starter supplies only. If you plan on staying for an extended time, you’ll want to make sure to make a supply run.

Most cabin rentals have hot tubs. Many have pool tables. A lot also include at least one arcade-style game. Despite it being 2023, many still include DVD players and a supply of movies for those late nights after exploring everything the town has to offer.

The newest trend for cabin rentals in Gatlinburg is an indoor pool. Cabins with pools aren’t a dime a dozen, but they are definitely more popular than they used to be. This is a great amenity if you have children stay with you on your trip.

We hope this information was helpful. If you’re looking to get married in the Smoky Mountains, be sure to view our Gatlinburg wedding packages.

Enjoy your vacation in the beautiful Great Smoky Mountains!

The Best Places to Elope in Gatlinburg, Tennessee
October 10, 2021